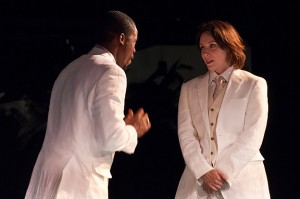 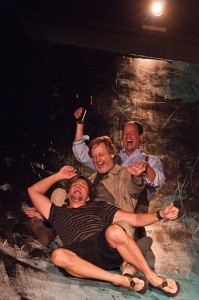 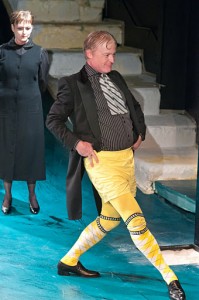 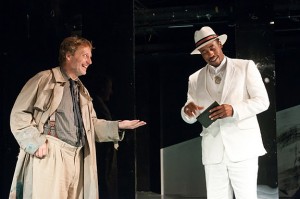 “Not many productions of “Twelfth Night’’ are eager to let the Bard rain on their parade, but the one that Actors’ Shakespeare Project has up at the Boston Center for the Arts’s Plaza Theatre goes for his water music hook, line, and sinker, and it acts up a storm to boot.”