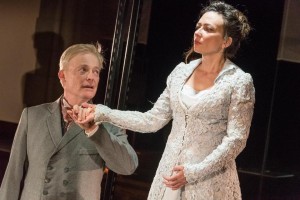 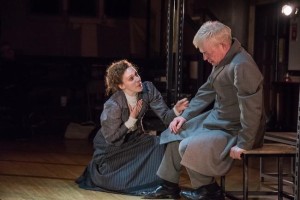 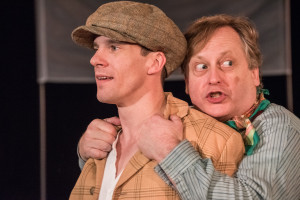 “This fulfilling production categorically hits every emotion right on the head and in the heart. Bensussen’s direction has an element of graceful effortlessness that allows the story to unfold gently and realistically.”
Read the review

“Once again, Bensussen and her crew manage to knit together opposites. What’s intriguing is how it is done: she avoids high concepts and instead opts for a simple production that focuses on the language of the script and the psychology of the characters, always looking for ways in which the tragic and the comic are knotted together.”
Read the review

“Too often, when the play skips 16 years and relocates from oppressive Sicilia to sunny Bohemia, the audience might be forgiven for thinking it had returned from intermission to the wrong theater and a different play. In Melia Bensussen’s austere yet magical rendering for ASP, the mood swing seems less bipolar than utterly natural.”
Read the review